Our Stained Glass Windows Fundraising Project was successfully completed with the installation and sponsorship of our final windows at Mt. Sinai Synagogue. We held a celebration of the completion of the project with the artist who worked on our windows for 50 years, on September 7, 2014.

Our main sanctuary features stained glass windows. The largest one of fifteen panes has a candelabra twelve feet high, a menorah. This was dedicated in December 1972. On the southern wall are twenty windows depicting highlights in Biblical history and a bank of twelve windows showing the twelve tribes of Jacob adjacent to the altar. The opposite wall in the sanctuary has twenty windows depicting the major Jewish holidays. These windows were dedicated in 1977. As the sun illuminates the various colors of the stained glass, it is breathtaking in its beauty. Creating a sanctuary filled with stained glass windows was a project conceptualized by the late George Kaufman and John Veta, and used as a tool to finish some of the building costs. All of these windows, with one exception, were purchased by members of the congregation in honor or memory of family. The one exception, a picture of modern Jerusalem, was dedicated to a Jewish doctor of Scotch descent, K.L. McShane, a long-time friend of the Jewish community. All of the windows were created and installed by the family members of the Watkins Stained Glass Studios of Denver, Colorado. 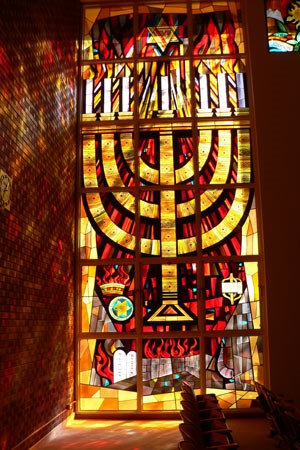 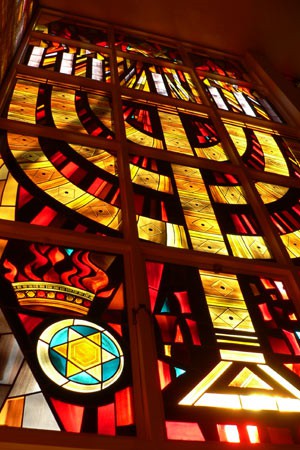 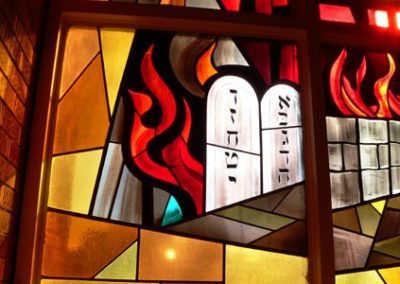 In an effort to establish financial stability for future expenses of Mt. Sinai, a fundraising projected was created in 2007 for the sale of stained glass windows in other areas of the synagogue. On the east wall of the social hall, there is a grouping of eleven windows which honor and remember the women of the Bible. Each window celebrates either a matriarch or another important female role model. The women include Sarah, Rebecca, Rachel, Leah, Eve, Miriam, Ruth, Hannah, Deborah, Abigail and Esther. 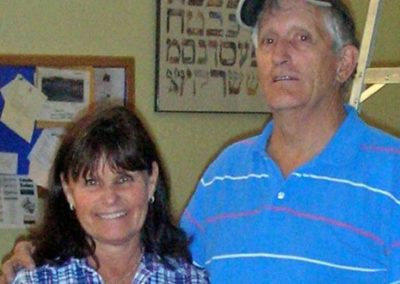 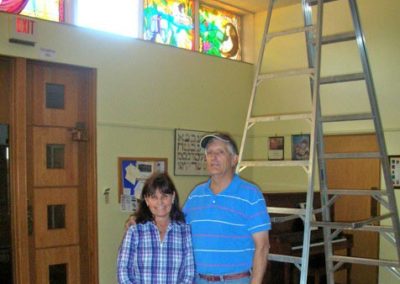 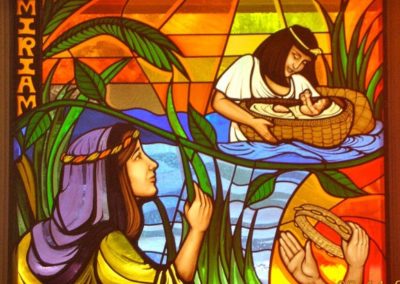 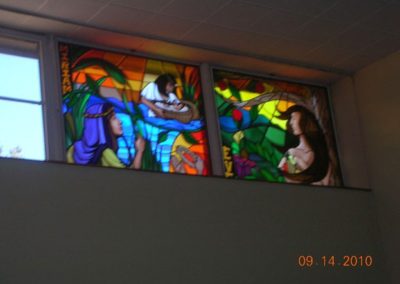 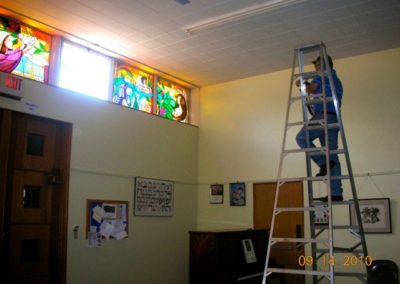 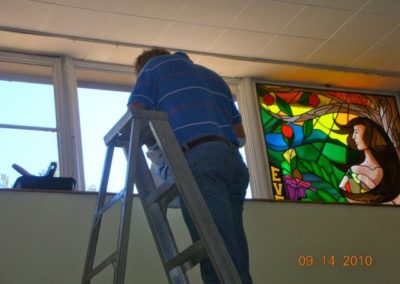 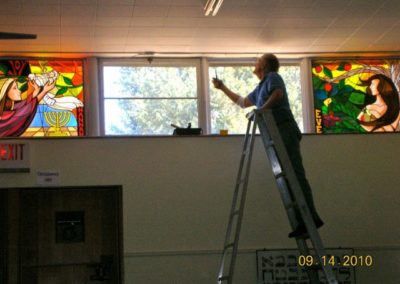 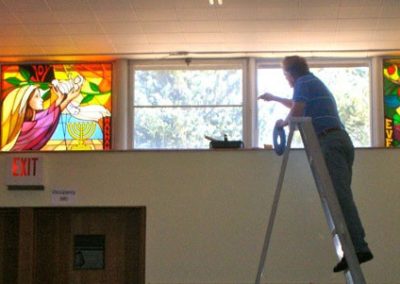 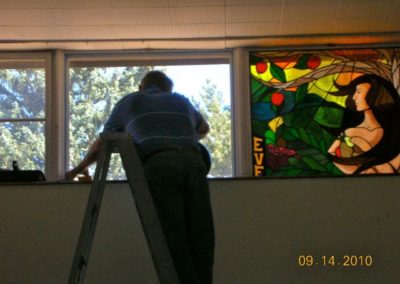 In the small sanctuary we have a grouping of twelve windows titled Moses at Mt. Sinai. These were installed in 2007 as a bequest from long-time member Paul Smith and were dedicated to his memory. As the natural sunlight filters through this outstanding bank of windows and dances in the room, we remember this remarkable man.

Also in the small sanctuary, on the northeast wall adjacent to the altar, we have a grouping of six windows that will be created as the Tree of Life. One of these windows is dedicated to honor Uri Neil, the cantor and religious leader at Mt. Sinai for over eighteen years. 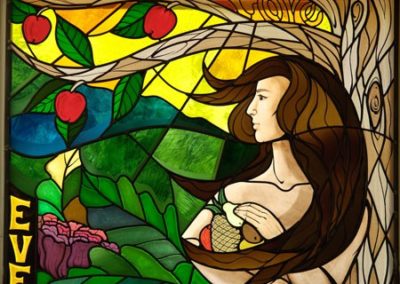 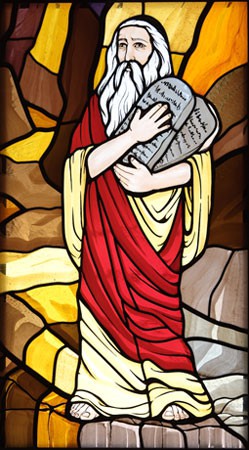 Net proceeds from the donations for the stained glass windows project are deposited into the Mt. Sinai Endowment Fund.